This past Sunday - June 16th was Bloomsday in Ireland which is a celebration of the writer James Joyce and his epic novel Ulysses. The day receives its name from Leopold Bloom the main character of Joyce’s book in which all of the events take place in Dublin on June 16, 1904.  Joyce and his famous novel are so beloved by the people of Ireland that his devotes created the celebration to honor the writer with pub crawls, marathon readings of the book, bike rides through Dublin following the specific paths of characters, and re-enactments from the book complete with period costumes. The first Bloomsday celebration in Dublin was held in 1954 – the 50th anniversary of the events of the novel.

Here are a few facts regarding Joyce’s masterpiece:

I was in Dublin in 2004 for the 100th anniversary of Ulysses and visited the Dublin Library and their phenomenal exhibit on Joyce and the book. Though I had to abandon reading the novel for Spark Notes is was an amazing experience to see his original notes and how he plotted the book. Ulysses is truly an amazing piece of work, and I had a wonderful day in Dublin celebrating Bloomsday. Here are some of my pictures. 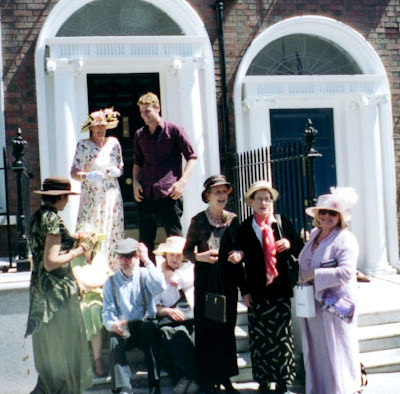 Celebrating in period costumes at the James Joyce Centre. 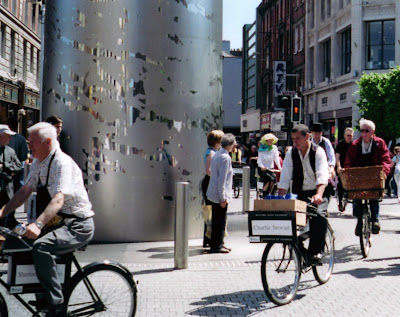 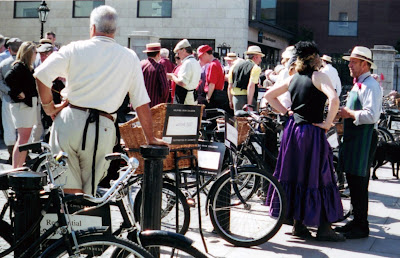 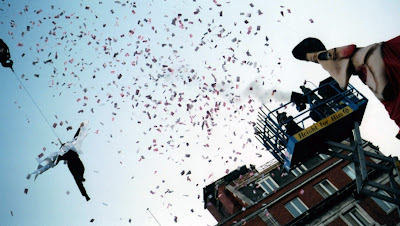 A grand parade through Dublin - what an entrance! 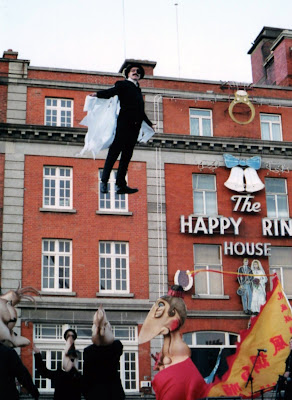 Posted by The Jet Lagged Vagabond at 8:04 AM No comments:

The Trooping of the Colour 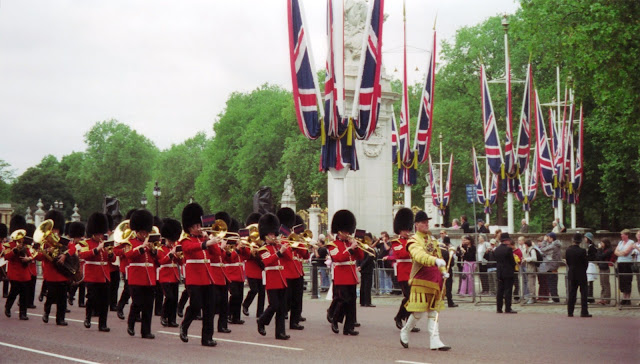 This Saturday June 15th, 2013 is the annual Trooping of the Colour in London. I bet you are wondering what exactly this Trooping thing is.  Well, every year on a Saturday in June London celebrates the official birthday of the Sovereign. Although the actual birthday of Queen Elizabeth II is April 21st - a day in the summer has been set aside to celebrate the Monarch’s birthday in the hopes of better weather. Also known as the Queen’s Birthday Parade the Trooping is a fabulous passing of marching troops and military bands in all of their glory. This is a military ceremony dating back to the 18th century where the colours (flags) were carried (trooped) so that a particular division could be recognized.

The public can stand along the Mall to watch the procession of troops while the majority of marching and performances take place inside Horse Guards Parade in a grand stand area.

Click here for a lovely example of the Grenadiers Quick March on Horse Guards Parade during the Trooping of the Colour.

The last time I was in London I happened to catch the Colonel’s Review – which is the dress rehearsal for the actual trooping ceremony. This happens one week before the actual Trooping of the Colour. I stood along the Mall as the participants marched down to Horse Guards Parade. Here are some of my pictures! 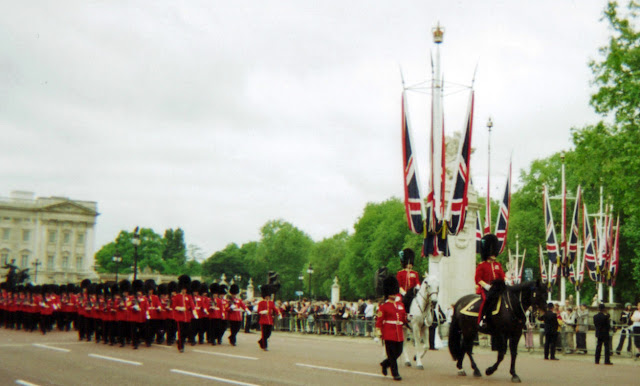 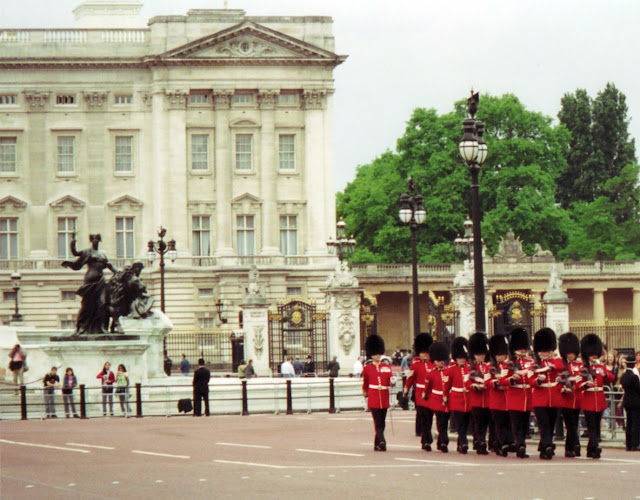 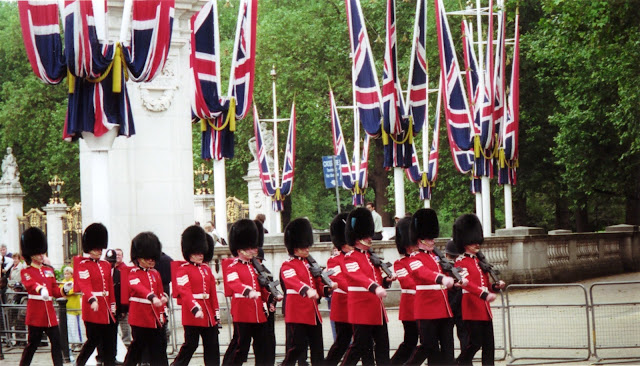 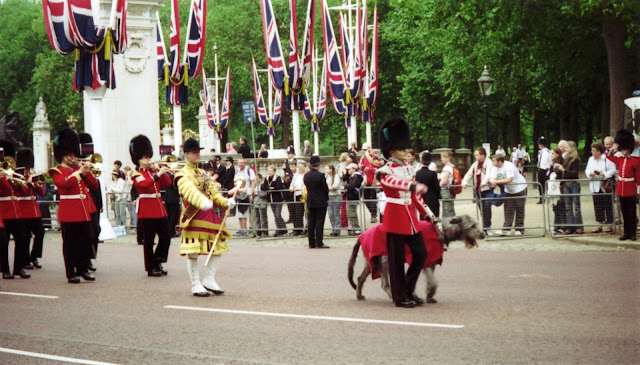 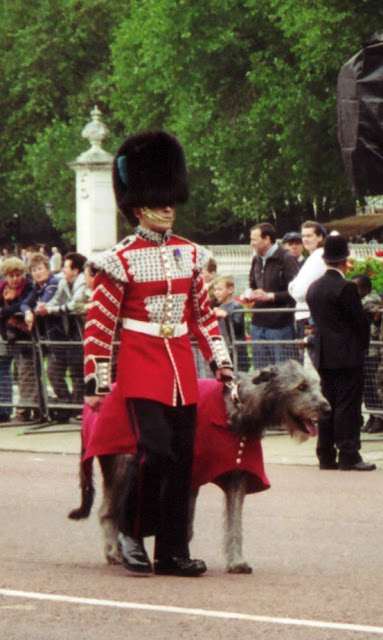 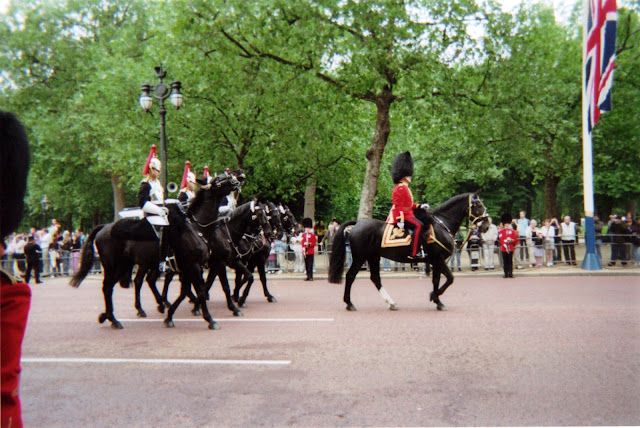 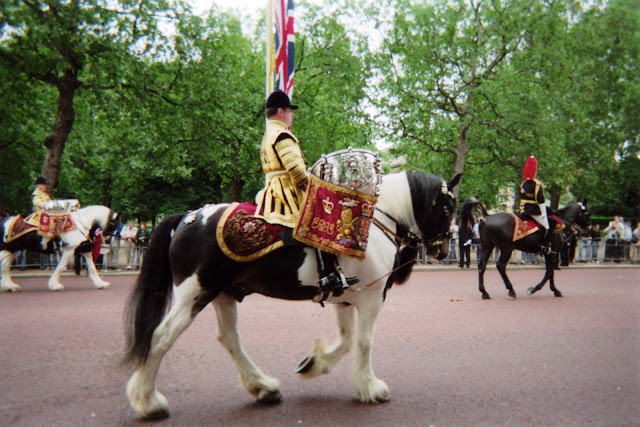 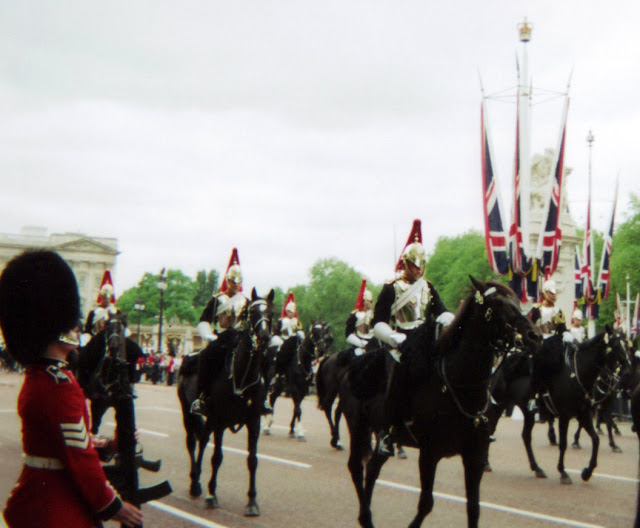 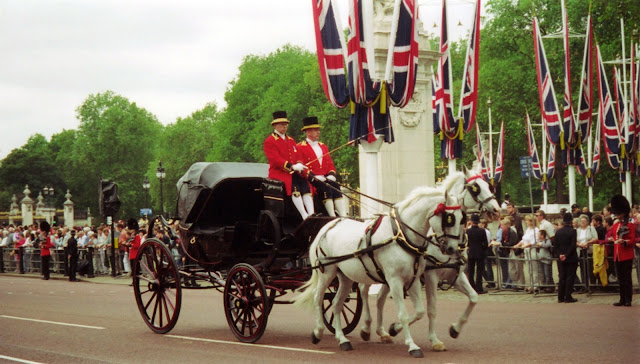 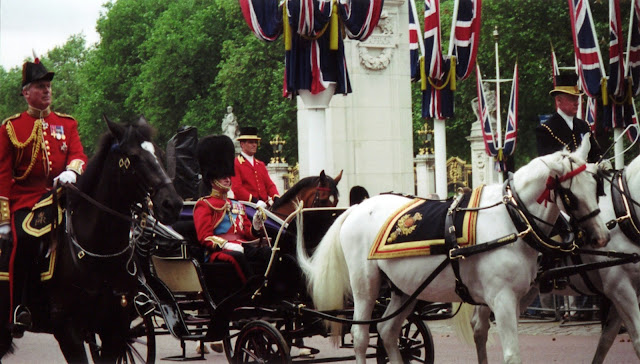 Posted by The Jet Lagged Vagabond at 3:24 PM No comments:

Stockholm and a Swedish Royal Wedding! 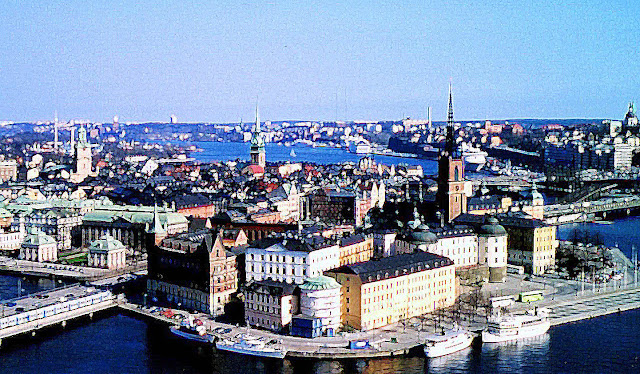 There’s nothing like a Royal Wedding! Interestingly though most people don’t realize there are other European families besides those wonderful Brits. For example this Saturday June 8th Princess Madeline of Sweden will marry her fiance Christopher O’Neill who has dual US and UK citizenship. Here is a brief rundown on the upcoming royal nuptials.

Princess Madeline is the youngest child of King Carl XVI Gustaf and Queen Silvia. She currently splits her time between the US where she works for the World Childhood Foundation and Sweden when she is required to perform royal duties.

Her banker husband-to-be was born in London and will retain his dual citizenships forgoing any royal titles and will keep his job in the US.

The Royal Wedding will take place in the Royal Chapel of the Royal Palace of Stockholm on Saturday June 8th.  The reception will be held at Drottningolm Palace. You can learn more about the royal couple and the wedding here.


If you are a royal watcher or just want to peek in on some Swedish pomp and circumstance and gawk at other European royals attending the ceremony you can check out this page of the Swedish television station SVT. They streamed Princess Victoria’s wedding online, bust since Madeline is fourth in line to the throne the coverage may not be as intense.

Also The Local: Sweden’s News in English has updated their website with plenty of information.

Stockholm is a lovely and exciting city. Any tour of Scandinavia is not complete without a stop in the Swedish capital.

What you should see and do:

The Vasa Museum – this large ship sank on its maiden voyage.

Gamla Stan (The Old Town) -twisting cobblestone lanes, stores and cafes add to the old world charm of this part of Stockholm.

Changing of the Guard at the Royal Palace 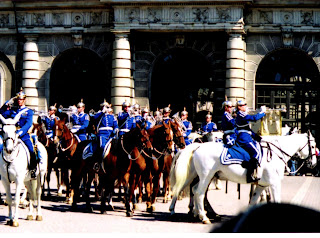 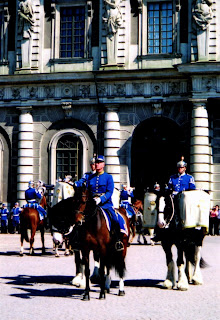 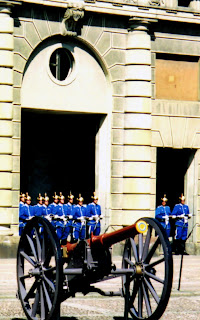 City Hall – beautiful building where the Nobel Prize banquet is held. Climb to the top for an amazing view. 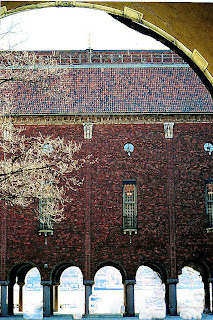 Skansen Open-Air Museum – see how the Swedes lived in the olden days.

Drottningholm Palace – the royals ‘other’ palace. 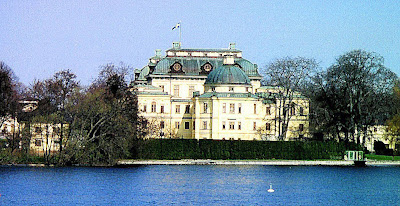 What you should eat and drink:

Herring, herring, herring – it’s everywhere you go. Available pickled, smoked, fried, marinated and in just about any sauce you can think of it really is quite tasty. Reindeer, elk, salmon and Swedish meatballs are also popular. Wash it down with some vodka or akvavit – an herb flavored schnapps.

I found the food in Sweden to be delicious and the Kryp In was my favorite restaurant in Stockholm!

The city of Stockholm is made up of 14 islands

Often referred to as the Venice of the North

Stockholm became the capital of Sweden in 1634

Sweden was neutral during WWII

85% of Stockholm’s residents work in the service industry

Crown Princess Victoria is second in line to the throne while her daughter Princess Estelle is third
Posted by The Jet Lagged Vagabond at 4:02 PM 2 comments: 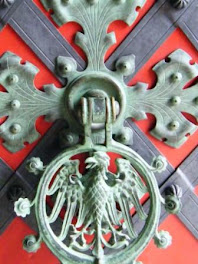 The Jet Lagged Vagabond
Exploring the world one time zone at a time! Passionate about travel, culture , food, drink, photography and anything British!


Once a week I will give you a post with lots of pictures telling you:

Where have I been?

What have I been up too?

And any other tips and tales that have made me Jet Lagged!

Find Me on Face Book

Promote your Page too